As we draw closer to the conclusion of  my second term from 2013 to 2014 after my first term from 2011 to 2012   as PPTF President, allow me to relate noteworthy developments and other concerns

necessitating improvement or rectification during my incumbency.

C.1 The same is presented to the Members of the Board every Board meeting   and the same is compiled for presentation to the membership during the General Membership Meeting;

D.1 Its legal existence was given affirmation when the elected PIBFI Officers took their respective oaths of offices before the Supreme Court Justice  after an election of the representatives of the various associations engaged in printing and print-related activities;

D.2 The PIBFI Officers and Board are represented by the following:

D.2.4 Printing Industries  Association of the Philippines with no representation as yet;

D.3 During the  PIBFI meeting last  November 26, 2014 the renewal of membership of SIDGAP through President Coralde  ( with the kind presence   of Past President George Lora whom I understand is the President Emeritus of SIDGAP) provides greater strength and clout  to  PIBFI which has been re-registered  with  the Securities and Exchange Commission  to revive the  heretofore defunct  existence of the PIBFI as an umbrella organization of print and print related associations   after the election into Office of the Member Associations. 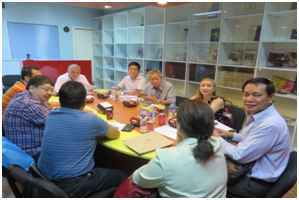 D.3.1 In view now of the absence of PIAP representation due to the changing of the guards in view of the recent election at PIAP, the position of  PIBFI Secretary General has become vacant. With the presence of President Coralde during the last meeting  we proposed that SIDGAP occupies the Secretary General position to which we are honored by his acceptance.

With this development, there are now five (5) country representations in the ASEAN Print;

J.1 It was voted upon also that the Philippines through PPTF will host the regional strategic meeting in preparation for the effectivity of ASEAN Integrated Community during March, 2015;

L.1 It was participated in by one hundred eighteen (118) participants which could have become more than the figure cited where it not for the physical limitations of the venue;

N.1 The legislative proposal was entitled “An Act Establishing the Professionalization of the Printing and Allied Industries and Establishment of Modernized National Capital Region and Regional Printing Schools;”

O.1 It maybe worthy to report that it was PPTF through PE Brizuela and Pres. Buhain that converted FAPGA from a sedentary body into a proactive body  through the approval of the proposed FAPGA Constitution and By Laws  based on the draft presented by the Philippines through PPTF last 2008 and which was finalized on November 13, 2014;

P.1 On the local setting, PPTF has interacted with the   following associations either predominantly or minimally with their respective leaders:

Association of Paper Trader of the Philippines Inc. (APTP)

Packaging Institute of the Philippines (PIP) 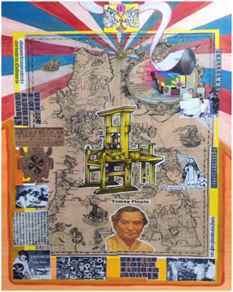 The award was presented on the occasion of the Tenth (10th) General Membership Meeting of ABPA in Yangon, Myanmar; 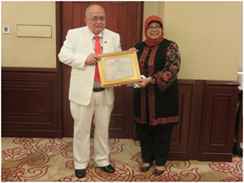 T. On December 2, 2014 PPTF Pres. Buhainin his concurrent capacity as PIBFI Chairman attended the SIDGAP Christmas Party as Guest Speaker and presided the Oathtaking Ceremony of its Officers at Greenhils UNO Seafood Palace. 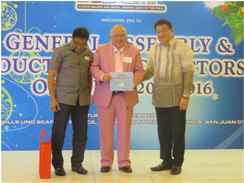 W.1 The PPTF seeks industry unification but the same has not materialized;

W.2 On November 7, 2014 the undersigned  had an opportunity to interact with the Malaysia Printing Associations as they declared that all the printing associations would consolidated under one umbrella organization for purposes of meeting the challenges of AEC;

W.4 Attendance in board meetings could be improved;

W.5 Funding is also a problem;

Lastly but not the least I wish to reiterate my thanks to all the members of the Board and the Secretariat comprising of Executive Director Cristy Manuel and Cashier Edgar Gomez for helping me in every step of the way to shepherd the existence, survival and progress of the PPTF to meet the challenges of the ASEAN Integrated Community.

Merry Christmas and all the best for the incoming year.